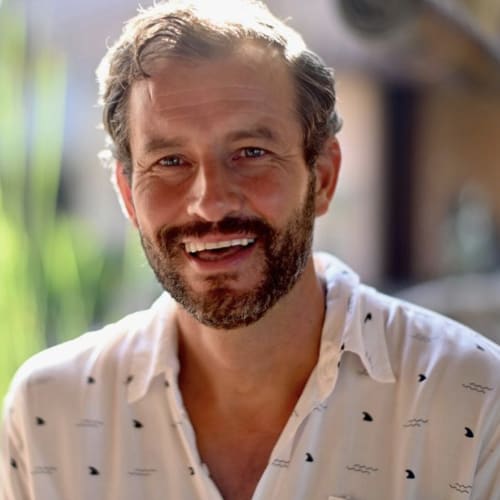 Mike’s love of nature and wild places was developed over a decade of travelling the world as a professional rock climber, often climbing rope free before it became so popular and famously leading Jack Osbourne up El Capitan in Yosemite for the TV series, Jack Osbourne Adrenaline Junkie.

For 15 years Mike has worked as a coach, trainer, and advisor, specialising in personal and organisational resilience to major corporations, governments, emergency and defence agencies and NGO’s.

He is the author of two books, Un-train Your Brain (Vermillion) and Resilience By Design (Wiley).

Mike lives in Bali, Indonesia, where he runs Laconic’s offices and local projects, restoring polluted rice paddies, cleaning river systems and developing a center of excellence for regenerative agriculture. When he’s not rescuing far too many stray dogs (five and counting) he surfs with his wife and two young sons.