The 8th women ever in history to complete the Vendee Globe race, a 24,000 mile, single-handed (solo) non-stop yacht race around the world. 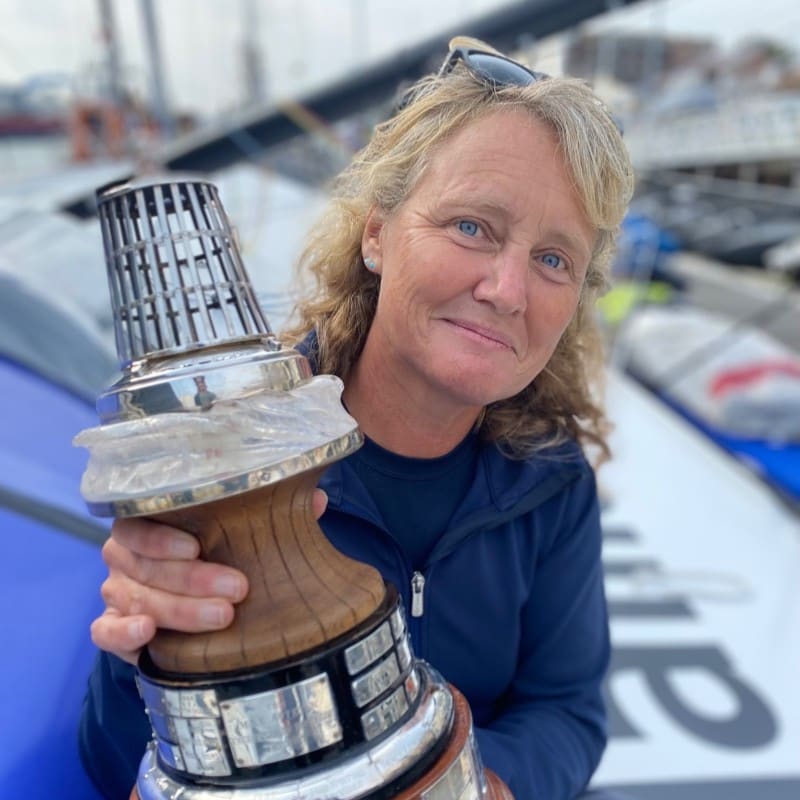 Pip Hare is the 8th women ever in history to complete the Vendee Globe race, a 24,000 mile, single-handed (solo) non-stop yacht race around the world. It’s considered an extreme quest of individual endurance and the ultimate test in ocean racing. Follow Pip as she gets ready to do it all again in 2024.

Since leaving school at the age of 18, Pip Hare has made sailing her life. Despite growing up in a land-locked county in the East of England, Pip has dreamed of taking part in the Vendée Globe race since first reading about it as a teenager.

Pip has a professional sailing career which spans 30 years, she has sailed most of the world’s oceans but only found the opportunity to break into solo sailing ten years ago, when she entered the OSTAR race from Plymouth UK to Newport, USA.  Since completing that race, Pip has worked her way through the international ranks of ocean racing, competing in all the major classes.

Throughout, Pip has relied on her own grit and determination, not just for the sailing, but also to drive her own training, race campaign and fundraising. She’s built her solo racing career on her resolve to realise her dream – and refusal to take ‘no’ for an answer.

Pip’s passion and drive is evident every time she gets on a boat. And her achievements match her enthusiasm. In 2020 she qualified for a place on the start line of the world’s toughest yacht race, with a tiny budget and a support team made up of volunteers and friends.  When asked why she wants to race in the Vendée Globe Pip says, ‘Because it is one of the toughest sporting events on the planet, and men and women of all ages and backgrounds compete on equal terms. Because racing one of these immense boats alone at sea forces me to be the best possible version of myself. Because I love the ocean, I love the challenge, I want always to improve.’

In June 2020 Medallia joined Pip as title sponsor for the Vendée Globe campaign, allowing her to acquire a boat, recruit a small team and prepare to take on the world in November 2020 and now, 2024 as well..