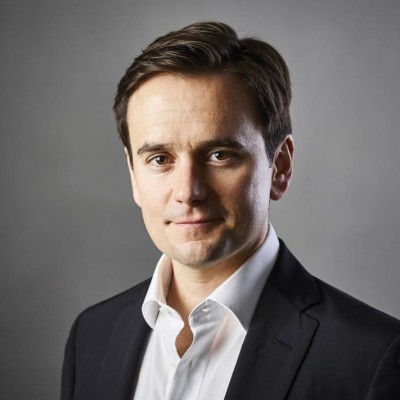 Richard graduated in geography, qualified as a chartered surveyor and developed his own property businesses, Bywater Properties, in Poland and the UK. In 2012 he joined Iceland Foods (the company founded by his parents Malcolm and Rhianydd in 1970). He spent a year as a shelf-stacker and cashier before becoming an Iceland store manager and then moving to head office, where he took up his current role in 2018.

Richard is a committed environmentalist who has led all Iceland’s recent sustainability initiatives including the removal of palm oil from the company’s own label range in 2018, its pledge to eliminate plastic packaging from the Iceland own label range, the publication of the full plastic footprint of the business. Under his leadership, Iceland has reported a drop in carbon emissions by 74% since 2011, and a reduction in food waste by 23% in the last two years.  Bywater Properties are building the UK’s first carbon neutral office development in London, using wood instead of steel and cement.

In January 2022 he was nominated to sit on the Prime Minister’s Business Council.

He is an Honorary Fellow of University College London and an Honorary Doctor of Science from the University of Bedfordshire. He also sits as a trustee for the Iceland Foods Charitable Foundation and of the conservation group Fauna & Flora International. He is Chairman of Bywater Properties, Surfers Against Sewage, an Ambassador to the Wildlife Trusts and Alzheimer’s Research UK, Patron of the Cheshire Wildlife Trust, and a World Economic Forum Young Global Leader.

He is a regular panellist on shows such as BBC1’s Question Time and Radio Four’s Any Questions.

Outside family and business, Richard’s greatest passions are trail running, skiing, surfing and climbing.  His debut book, The Green Grocer, was published by DK in April 2021.