Cop 27 Predictions: From Pledge to Implementation 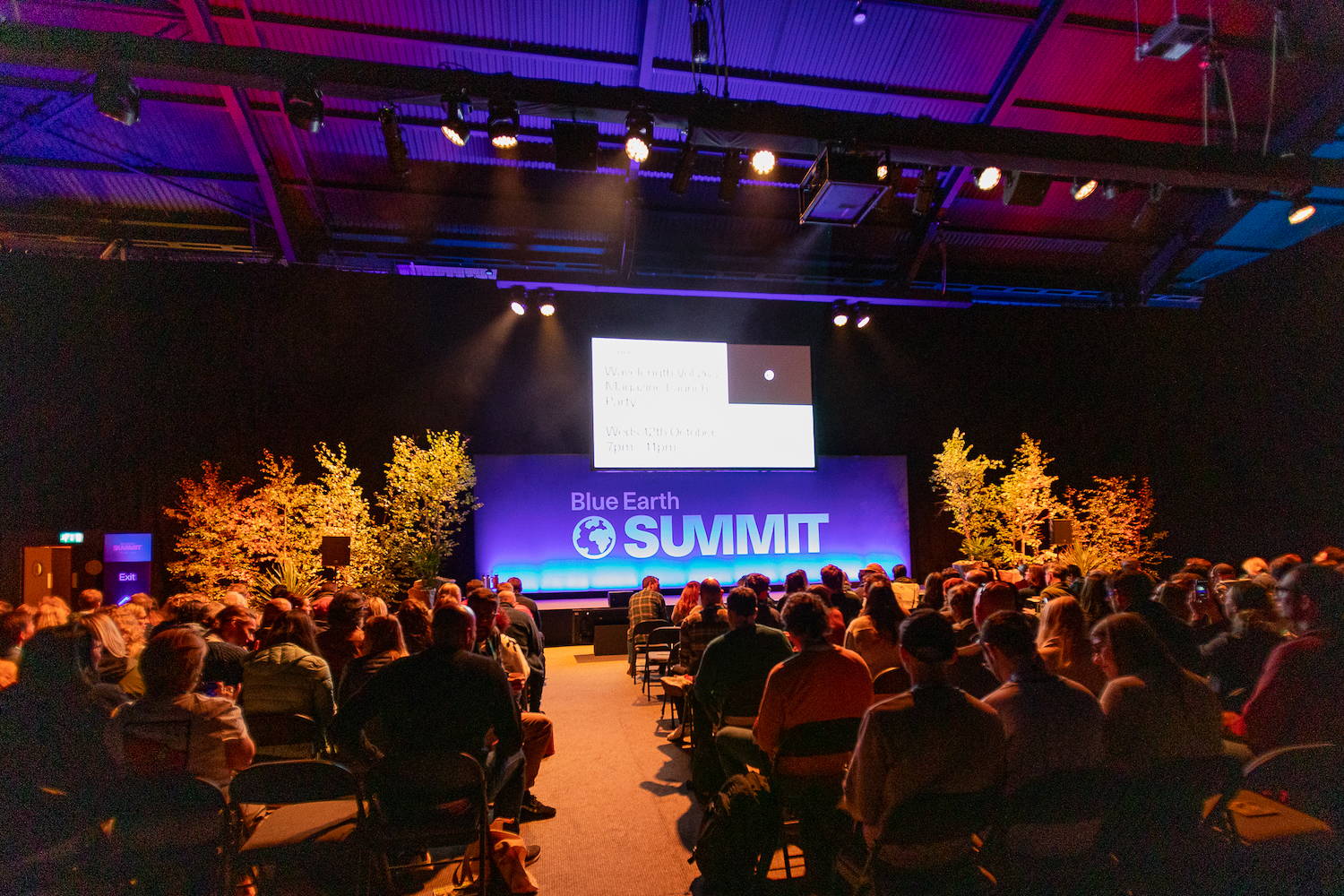 COP27, is already underway in Egypt, bringing together government parties to advance climate talks and drive action toward preserving our planet, just 30 years after the United Nations Framework Convention on Climate Change (UNFCCC) was adopted, and seven years since the Paris Agreement was agreed at COP21.

Hosted in Glasgow, Cop26 was centred on promise, with governments and industry organisations pledging to reduce emissions and fundamentally change habits to slow the effects of climate change. One year on sees Cop27 focusing on action, dubbed the ‘implementation Cop’, its aim is to make progress on transforming last year’s pledges as well as strengthening commitments to tackle the climate crisis.

The call for action has never been louder, and, fresh out of the Blue Earth Summit, sharing the same ethos for action and change, we spoke to some of our highlight speakers to explore their views on progress since last year.

During the Blue Earth Summit, Izzy Howden, Campaigns Manager at Make My Money Matter, exposed the pitfalls of pension investment, including areas whereby we lack full transparency or an understanding of where our money is being invested.

Izzy says, ‘Pension power is an under utilised – and most times undiscovered – resource for businesses to have an impact. Our recent research shows that the carbon footprint of FTSE100 Company Pensions is 7 times higher than the total reported operational emissions of those companies. This can mean that UK businesses are unintentionally funnelling billions of pounds into carbon intensive industries, despite their climate commitments. Businesses can have an enormous impact by fully integrating pensions into their sustainability strategies and working with their providers to green their pensions’.

There is no doubt that the pace of change and influence in business far exceeds that of politics (unless we’re talking about current prime ministerial attrition) and we must not shy away from the role that commercial organisations have in lobbying change from government. On that basis, we regrouped with Dan Yates, Partnerships Manager at Protect our Winters and Blue Earth Summit ’22 speaker. This year’s event saw Dan, alongside leading outdoor retail brands, launch an open letter to the delegates of COP27, lobbying for legislative change to protect the outdoor industry and the playgrounds that we love.

‘Cop26 was massively disappointing, with only 24 countries submitting new plans and NDCs. The result of that has left us with still increasing emissions, with an 11% increase predicted by 2030 on current plans. The latest IPCC report shows us that we need to be hitting a 45% reduction by 2030 if there’s any chance of keeping global heating within 1.5 degrees. Current plans leave us on target for a 2.5 degree increase in temperature by the turn of the century, which brings with it disastrous outcome for all human life on earth.’

‘We need a renewed ambition from countries to implement targets – especially on the basis that we haven’t even reached peak emissions yet – to get us onto the trajectory of reducing emissions. It’s nice to see our community moving forward with sustainability ahead of legislation, and we’re now asking governments to catch up. We need legislation in place that drives greater sustainability, tougher penalisation of high emitting practices and a levelling of the playing field so that those making strides in sustainability are not at an unfair market disadvantage. We have had well over 100 signatures from some of the largest brands in Europe. Some of the biggest players in the outdoor industry are asking for that increased level of ambition and demonstrating that they are leaders when is comes to increased sustainability and decreasing emissions for the business world.’

When it comes to activism, the Blue Earth Summit called upon mavericks, activists, business leaders and whistleblowers, with the stage never falling short of bravery exhibited by headline speakers. Caroline Dennett, having historically called out her own client, Shell, discontinued her work with the brand based on its unsustainable practices. With Shell hitting headlines again for the much disputed long term sponsorship of British Cycling, the debate continues as to how these high polluting organisations can contribute to change with the transparency required to curb the trend of greenwashing.

As much as we approach this global gathering of government and world leaders with hope that discussion will drive action and change, we must accept the reality that we are faced with, too. When we spoke to Caroline, we asked her about progress since last year, and her hopes and expectations for this years conference.

‘There’s been no progress and, potentially, we’ve regressed in this last year, with carbon emissions continuing to increase and currently at an all time high. We’re not seeing the movement that we’d like. Interestingly, Carbon Brief showed a dip from Covid and lockdown, but we’re back on the rise again, which paints a pretty convincing picture that we’re not doing what we need to do.’

On that basis, there’s no doubt that the next two weeks will have a huge influence on the fate of the planet, of business and of people. But how much action will we see? Caroline wasn’t convinced, saying ‘We’ve had 30 years of meetings and conferences and nothing has changed. As long as that graph [of C02 emissions] continues to go up, we’re failing. There’s no point in putting a positive spin on this, we have to be real. We need concrete commitments to collaborate, and build a war effort around this to stop doing business the way that we do, and to stop consuming the way that we are consuming, because if we don’t, we won’t have a lovable world to hold a conference about’.

The power of business is a residing theme this year, and Caroline agreed, saying ‘If governments aren’t going to do it, then there is power in corporations and amongst employees to take real action, do things differently and lead the way. The challenge we face is that infrastructure, regulation and policies are not in place. We need to be radical, now – we’re past the point of tweaking policy, and we need to stop talking about 2050. Let’s talk about 2030, because I genuinely think we’ll be extinct if we don’t act.’

As headlines continue and we approach a fortnight of international debate, the resounding sentiment is one of urgency. Pledges for reductions across decades can no longer settle the discussion, and business leaders are asking for more action, more legislation and potentially more introspection when it comes to progress on climate change. COP27 is a critical test of whether the international process can respond to the increasing climate crisis.

The recent Brazilian Presidential Election instilled global hope that perhaps even politics could move in the right direction, with President Lula already making reforestation pledges to preserve the fate of the Amazon, and in turn the world’s climate crisis. The US has recently amended the commercial patent process so that sustainable and ‘green’ patent applications are accelerated, and innovative new tech and manufacturing products can hit the market faster. That said, there is ongoing debate about whether planet-focused products should be patented at all, or whether collective innovation is the alternative way forward to champion sustainability.

Even if the collective opinion remains the same, that emissions are rising in an unsustainable way, that business has a role to play in influencing that change, and that we need government support to legislate against high emitting-business and unfair competition, the debate will still continue over the course of Cop27. The resounding theme, in line with the ethos of Blue Earth Summit, is that need for action, for positivity, and for change. One year on from the pledges of Cop26, we’re waiting for implementation, and the legislative backing to invoke the policies needed to support sustainable business going into 2023.

So, it’s a ‘watch this space’ from us. We’ve outlined the key issues under discussion below and will continue to monitor. We’ll also be sharing our founders’ views later this week.

Key Issues Under Discussion at Cop27

Grab tickets for next year’s Blue Earth Summit to ensure you’re part of the ‘must attend’ Summit for purpose-led business.

BES’22 One Month On – Catching up with Koolstof