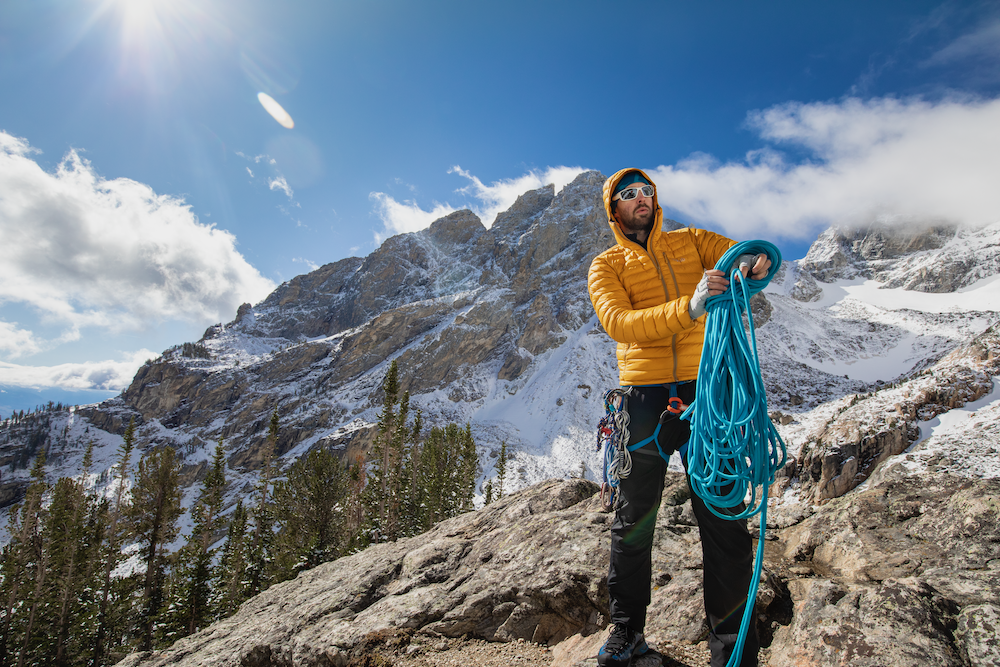 Huw has travelled the world talking about science to live audiences totalling over three quarters of a million people on 6 continents. He mixes outdoor adventure with education, doing live classroom talks from the glaciers of the high Alps, the Amazon jungle, the fissures of Iceland and the slopes of Mt Etna.

Amongst other things, Huw works with the National Geographic Society to train the next generation of explorers, and co-runs the Athlete Climate Academy, educating athletes about climate change and the science of the outdoors. Huw is also a brand ambassador for outdoor equipment and Blue Earth Summit partners, Rab.

In our latest podcast, we catch up with Huw in his home studio in the South Wales valleys to discuss the impact that communicating science to the masses has on the climate crisis as a whole.

“Where science has failed is that we often think the data will speak for itself and change minds but that’s not the case. Data needs to be explained in a way that everyone gets it. Science that’s not communicated is science that’s not finished”.

Huw believes that one of the answers to tackling the climate crisis is to educate children from a young age so that they develop a love for the natural world. With over 15 years of experience delivering live scince shows, Huw’s background in astronomy and geology has sent him far and wide on adventures and expeditions that he is able to bring back into the classroom.

“If you don’t experience something for yourself, how can you feel the need to protect it? That’s why we took 50 school kids into the middle of the Amazon to witness the beauty of its wildlife, plants and people”.

As a keen photographer and film maker, Huw’s expeditions have placed him in jaw-dropping locations, resulting in a portfolio of imagery that he uses alongside his science to communicate the beauty of the natural world.

“The climate movement in general has really benefited from photography and filmmaking. We wouldn’t be able to tell stories from around the world and bring the outdoors into the classroom without these creatives”.

You can catch Huw talking at the Blue Earth Summit in October. Book tickets now to secure your place and join the conversation on LinkedIn

We Swim Wild are Battling the Tide on Water Contamination