Maxwell is a PhD student research whose research interests transcends the trajectories of race, ecology and environmental justice 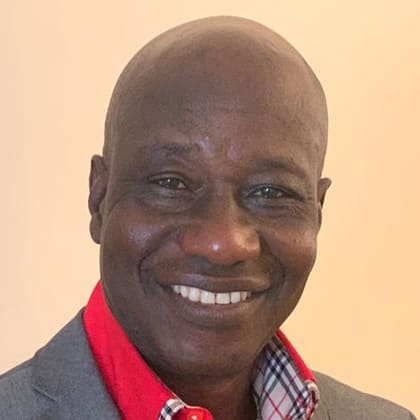 Maxwell is a PhD candidate whose research interests transcends the trajectories of race, ecology and environmental Justice in the UK and; the genealogy of people of Black African ancestry and the natural environment in the UK from the Roman times to slavery, colonialism and post-colonialism.

Prior to commencing his PhD at the University of Nottingham, He worked as an Associate Lecturer/Research Associate at Sheffield Hallam University (SHU), after completing a Master of Science Degree.

Maxwell is also a qualified journalist and set up the Sheffield Environment Movement charity in 2016 to promote access and participation in the natural environment for people from Black & Ethnic Minority Communities. Actress, author and activist Joanna Lumley recently became its patron. SEM is one of 68 organisations to benefit from the government’s £40 million Green Recovery Challenge Fund, receiving £62,600 for its work reconnecting Black, Asian, Minority Ethnic and Refugee (BAMER) communities to green spaces for health and wellbeing.

In 2013 Maxwell contributed to the publication of OPAL Community Environment Report – Exploring Nature Together launched at the House of Lords. In 2009 he produced a working manual “Engaging Black & Ethnic Minority Communities” – Vols. 1 & 2 (unpublished) for the Environment Agency of the North East Region.

Maxwell was the first black person to serve on the board of Ramblers Association UK (2005-09) and was a member of the Peak District National Park Equality Comprehensive Audit Standards Committee in 2004.