How to succeed in the business of purpose, impact and sustainability 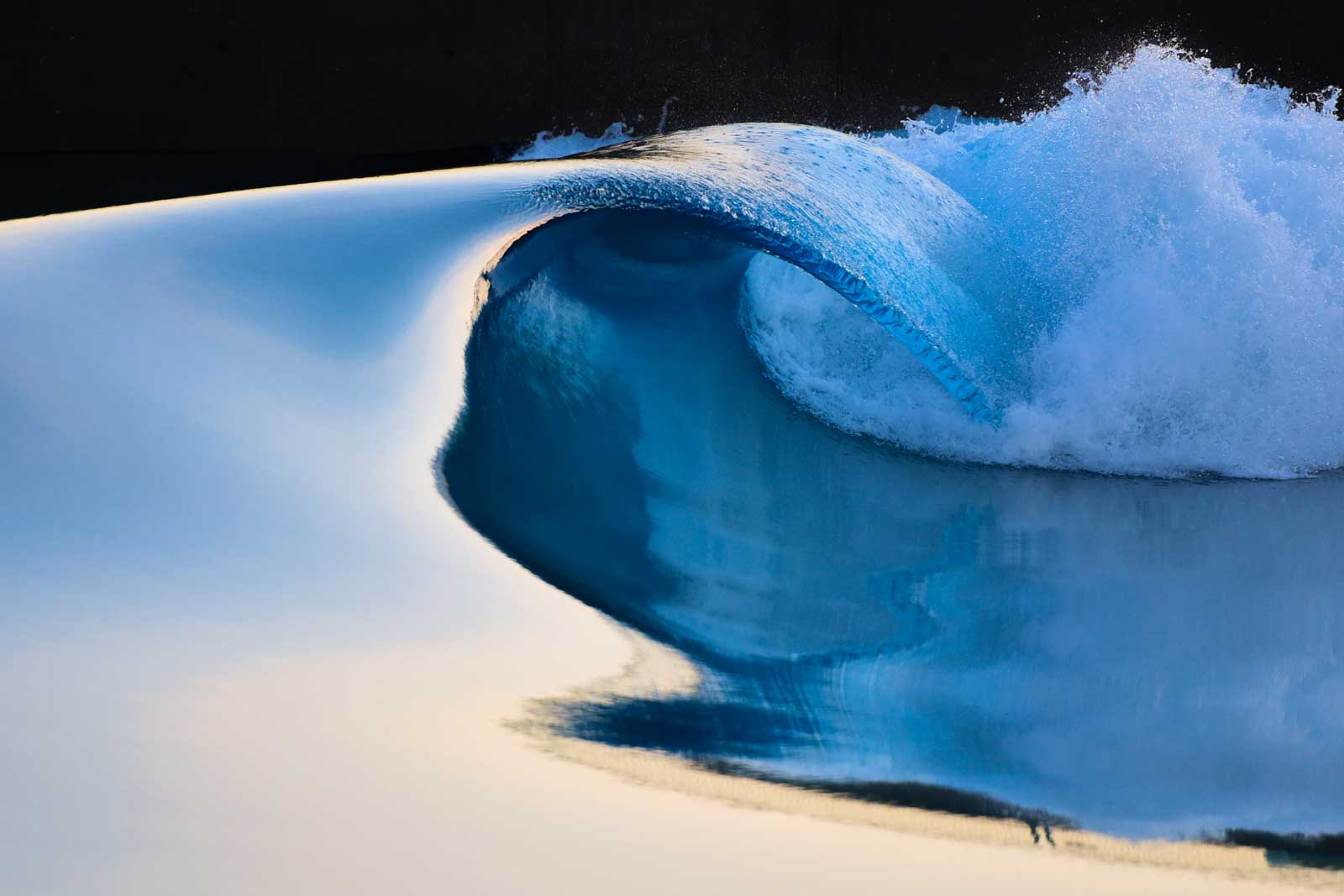 Have you ever had a conversation with someone that restores your faith in humanity, makes you feel optimistic about the future and gets you excited about the possibilities of big ideas?

I am not exaggerating the impact of the purpose-focused business vision that Nick Hounsfield lives and breathes everyday, as Founder and Chief Visionary Officer for The Wave. By no means am I a business expert, but neither was Nick when it all began and after less than an hour of chatting with him, I am convinced vision, passion and pragmatic optimism count for more than business expertise. Our conversation about how The Wave came to be was peppered with amazing insights for creating true and sustainable impact through business; and I’m stoked to be sharing them with you.

Looking at the numbers, it is undeniable that The Wave is a successful business. Despite ongoing pandemic restrictions, in 2021 The Wave delivered 135,000 surf hours and made £8M revenue (almost £2M profit!). Crucially though, The Wave is successful in – and perhaps because of – the way it operates as a truly triple-bottom-line business: delivering on profit, people and planet focused goals. For example, 848 surfs were enabled via the social impact programme in 2021, as well as planning and funding being secured for the solar array, to enable “sunshine powered waves”.

So, how do such impressive impacts get realised?

The simplest answer is by embedding the intention for impact from the start – in such a way that if the business operates, it inherently delivers impact. It also has a lot to do with mindset.

For The Wave, it began with a promise to Nick’s Dad, just before he died, that Nick would do something to create positive impact on health and wellbeing. Nick describes it as “the most powerfully emotive moment of my life”. This solid core of purpose, to deliver impact for generations, cut through a lot of the noise and distraction. The biggest question was:

What can I do that my great-great-great-grandchildren will look at and be able to say that through his passing actually made an impact?

Add to this, the astonishing and uplifting attitude of someone who has learned what it is to live everyday with full acknowledgement of their own mortality and you begin to understand how it is that nothing was going to stand in the way of the promised legacy. Nick had a stroke in early 2020, not long after The Wave first opened, which forced him to reflect on what really matters.

“Sometimes you need to stand on the balcony of life and ask what’s really important here? It’s easy to be so busy doing the doing and not notice you’re wasting time on stuff that’s super hard work and unfulfilling… but realising I could have another stroke tomorrow and maybe it would all be much worse makes me want to push forward with the things I care about”. None of this was said with an air of pessimism, just a fierce urgency and intensity in his eyes, demonstrating how Nick sees fallibility as fuel. He understands how to use both a long-term view and the opportunity of right now as a defined moment in time, to set up something that will have great and ongoing impact.

Influenced by Simon Sinek’s book “Infinite Game”, Nick also believes “there’s no end to the game we’re in, in business – apart from when you really screw up or the external forces force you out of the game”. This shift in perspective, that you can’t ever win outright, is paramount to understanding how to achieve long-term success: play the best in the moment, in order to stay in the game. To mix sporting metaphors, it also makes it a little easier to roll with the punches. “If you set your business onto a trajectory that goes beyond your own personal mortality, then everyone is playing their part in a much bigger game and the spikiness of the ups and downs gets smoothed out more easily”.

The piece de resistance in the mindset of a successful Founder and CVO is the removal of any sense of ego, instead replacing it with collective empathy and collaborative spirit. Nick wants The Wave to refer collectively to the place and the people who go there – wavemakers and visitors alike. The investors and board of The Wave are regularly asked: “What are we setting up for the future? What’s the 50 year business plan? What can we do now that might contribute to success over the next 1000 years?”. Judging performance on endpoints and outcomes makes it difficult to think beyond our own lifetimes, but long-term thinking is easy if we recognise that what matters is contributing to an infinite journey of building sustainable and reciprocal value.

It doesn’t have to be achieved in my lifetime, but I want to see a trajectory of hope towards that.

Of course, The Wave was not magicked up in an instant. At first there were 3-6 months of contemplating and formulating the vision in full, many hours of conversations and feedback to refine the idea, then years of planning and building before the first wave rolled. Therein lies another key ingredient to successful sustainable business: a thorough and iterative planning process. Investing time, to figure out exactly what the “way to tackle big agenda items of societal and environmental health and wellbeing” would be, ensured The Wave was always going to be so much more than a surfing lake – and wouldn’t dry up overnight.

After the initial thinking and re-thinking phase, from which the first proposals for The Wave took shape, there was more of a doing phase. Doing stuff can be scary, especially when it’s unknown. You must be ready to learn both overnight and forever! Nick recalls suddenly needing knowledge in all sorts, from planning applications to basic engineering, to raising finance and building a team. As a pragmatic optimist, Nick thinks “failure is your best chance of an opportunity to learn”, so when things didn’t work, he took the time to understand why. Similarly, being an astute problem-solver helped, always asking “how can we re-invent that situation again so that the next outcome is more favourable?”. This is far more efficient than immediately ditching an idea and having to come up with something new every time a problem arises. Investors also like efficiency.

Delegation is a further key component to ‘doing’, but it can seem counter-intuitive when you’re starting a business. If you haven’t let go of ego, you may want to do everything yourself. Fortunately, Nick quickly learned to delegate to others in a way that enabled him to safeguard delivery of the big picture, whilst also ensuring the fine details were looked after. “It’s important not to lose everyday buried deep in the tiny minutia of a project, but at the same time the small things do matter, so you need to make sure they’re getting attention from someone”. Building a culture that recognises the contribution of every person and part of business towards the main purpose is therefore a great way to sustain motivation and cohesion. I’d be very surprised to find a wavemaker who didn’t “get” the big picture of The Wave.

It’s now been over a decade since the inception of The Wave, demonstrating impressive maintenance of momentum along its intended track. Nick reveals a two-pronged secret to this: always being clear what the next step on the journey is, as well as knowing where the hinge-points for building scale are. The Wave started relatively small, but the idea was inherently scalable. Whilst the original plans were for a small lake and shed on a small piece of land, when the opportunity to scale arose Nick and his co-founder Craig Stoddart embraced it. As ever, it’s all about balance. Don’t keep re-planning for the sake of upscaling, but do be brave and open-minded. “Pilot projects can be useful, but if you are hoping to shift the dial on big agenda items [like we were], you have to extrapolate and go big!”.

This is how Nick keeps worries about the world, such as climate anxiety, at bay. Instead of ignorance or distraction or hoping that “just doing my little bit will help”, he works everyday on a project with big vision that holds the principles of sustainability at its core. The man who describes himself as “the most reluctant businessman you’ll find” is successful because he asks pertinent questions about solving the greatest problems:

How do we get a critical mass of people engaged and doing things the right way – in particular through education and mindset shift – from human health, planetary health and business perspectives?

A huge question to end on, but one that will be front of mind at the Blue Earth Summit in October. Check out the Programme Highlights to get a flavour of what’s in store, including a full day hosted at The Wave on Day 3 designed to harness the power of the outdoors to inspire positive change.

Talking Race, Black History and the Power of Brands with Phil Young

Navigating Through Nature with Komoot